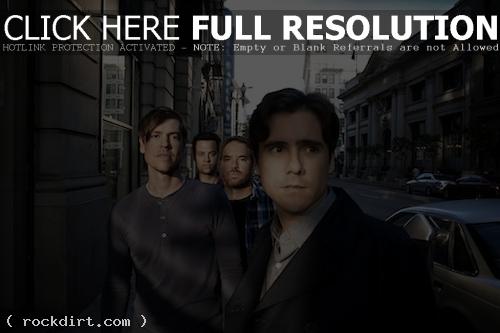 Jimmy Eat World just announced a headlining North American tour kicking off September 21st in Atlanta, Georgia. The veteran rock band will tour in support of their forthcoming new album ‘Invented’, which is slated for a September 28th on DGC/Interscope. Fellow Phoenix resident Courtney Marie Andrews, who sings backing vocals on several tracks on Invented will be joining the band on tour.

Tickets will be available pre-sale starting Thursday July 29th at 11 AM. Visit jimmyeatworld.com for more details. Sales to the general public start this weekend.

Civil Twilight will open Atlanta and Asheville shows and We Were Promised Jetpacks will open shows from Los Angeles through Toronto.