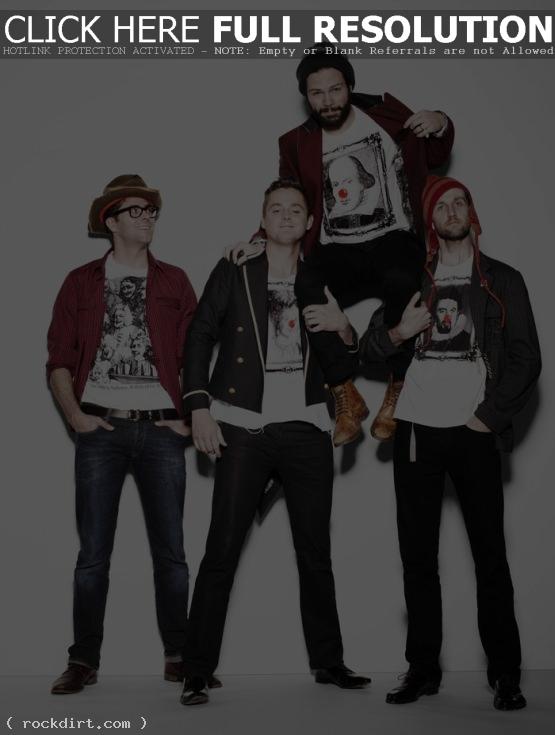 Hi everyone. We’re excited to tell you that after more than three years as our bass player and friend, Jesse Quin is joining Keane for good.

Jesse has been making music with us since our War Child shows back in 2007, and through the making of Perfect Symmetry and the Night Train E.P. He’s an amazing musician, and these days we can’t imagine life in Keane without him.

We know many of you have taken him to your hearts as we have toured the world over the last three years, so the only difference will be the chance to hear what he has to say in interviews and see him in photos like this one.

The photo was taken by Bryan Adams for the 2011 Comic Relief campaign and we are wearing the fabulous Vivienne Westwood-designed official t-shirts that will be on sale in TK Maxx. Red Nose Day 2011 is on February 18th and all profits from the sale of these T-shirts will go towards helping people living unimaginably tough lives across the UK and Africa.

One thought on “Jesse Quin Becomes Permanent Member Of Keane”