James Durbin On Quitting His Tourettes And Aspergers Medication 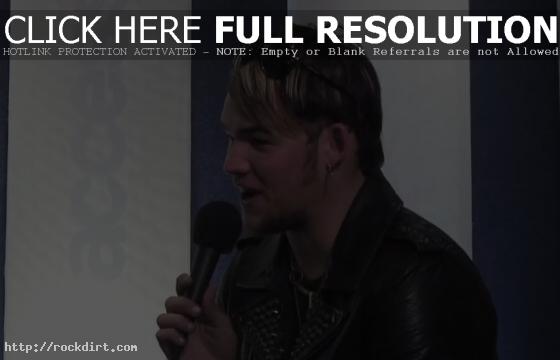 ‘American Idol’ season ten finalist James Durbin dropped by the Billy Bush Show the other day. The rocker who made it to the top four talked about when he and Heidi plan on getting married, his friendship with fellow ‘Idol’ finalist Stefano Langone, wanting to put out an album before the holidays, Lady Gaga’s controversial shoes, being bullied as a kid due to his tourettes and aspergers, and more. “I used to get beat up because people thought I was looking at them the wrong way,” Durbin confessed. As for taking medication to treat the condition, Durbin said, “When I was 16, I was like, ‘You know what, no more of this.’ I’m over the medication. It’s controlling me. I’m not going to be controlled by some man made substance. It’s a drug. It’s not natural. I just stopped taking them. That’s not good to do, you should ween yourself and slowly lower it, but I just completely stopped it. I went a little crazy for a little bit but then I got on a good track and that’s where I’ve been for the past 6 years.” Watch the interview via YouTube below.