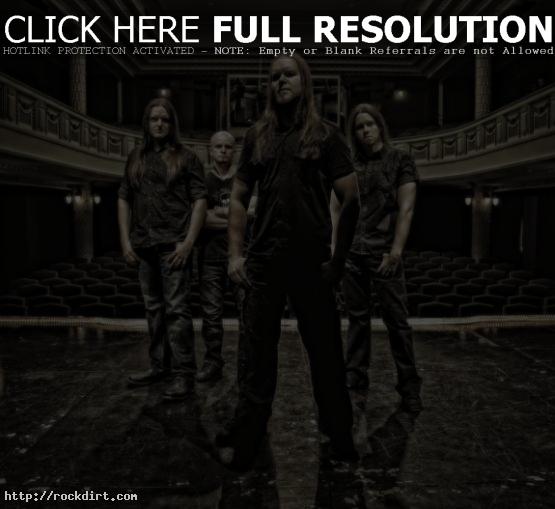 Insomnium are out with the music video to their new single ‘Regain the Fire’, off the Finnish melodic death metal band’s fifth studio album ‘One for Sorrow’, out now on Century Media. Like the album’s first video for ‘Through The Shadows’, this clip was produced by their Finnish friends Obscure Entertainment from Tampere.

In regards to the video and their upcoming tour with label-mates Paradise Lost, the band commented:

Our new video ‘Regain the Fire’ was shot already in last July so it still features our old guitarist Ville Vänni. The video is done by Obscure Entertainment who is responsible for all our videos since 2006. This time we also have a story line amidst the moshing so this is a bit different than previous works. Go and watch the video and judge it yourself! We are really excited to hit the UK together with Paradise Lost. They are one of those bands which we liked already as teens so it really feels strange that we are getting in a same tour bus with them. We haven’t toured UK properly since 2009 so it’s high time to deliver some goodies for the Britons. So remember, there is no excuse for not showing up!

April 2, 2012 rockdirt Multimedia No Comments
«The American Scene ‘Why I’m Not Where You Are’ Acoustic Video
Cherri Bomb Buzznet Sessions Live Set»