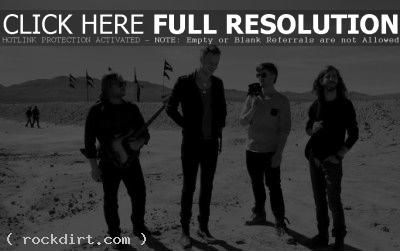 Imagine Dragons have just shared a behind the scenes video about the making of their epic and cinematic music video, ‘It’s Time’. In the clip, the members of the band talk about the inspiration for the video, which was shot on a dry lake bed in Barstow, California. “I just feel like the song is about being bigger than yourself,” lead singer Dan Reynolds explained, “and I don’t think you can get a place bigger than this place.” It also shows the hard work that went into the band’s first-ever video shoot, which left the band a bit bruised and sunburned but ultimately grateful for their journey so far.

‘It’s Time’ is the first single from the band’s latest EP, ‘Continued Silence’, available now on iTunes via KIDinaKORNER/Interscope Records. Fans can also check out the new Penguin Prison remix of the track, streaming now on Soundcloud.