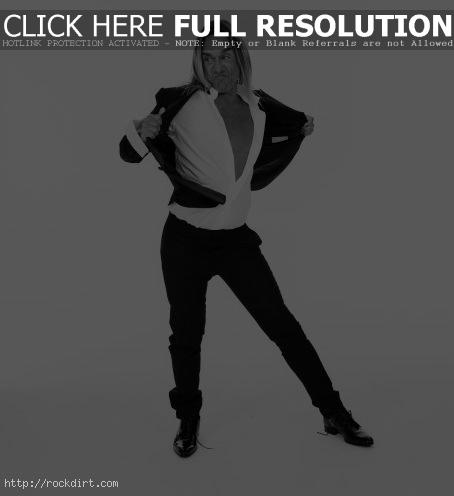 Greg Kot of the Chicago Tribune reviewed the Iggy Pop and the Stooges show at the DTE Energy Music Theatre on Monday night. Kot said, “Pop, at 56, remains an unparalleled specimen of hurricane energy onstage, despite an unnerving new appreciation for golf, and the Ashetons have remained active in a variety of underground bands, most recently touring with Dinosaur Jr. guitarist J. Mascis and former Minutemen bassist Mike Watt, who plays the role of the fourth Stooge in this year’s reunion. At Monday’s show, Watt’s concentration was so intense in the early going that it appeared his Popeye cheeks were about to burst. In the Minutemen, he favored audacious jazz-punk runs up and down the neck of his instrument, but here his role was to lock into a steady deep-soul grind with drummer Scott Asheton to provide a space where Iggy could wiggle.” Chicagotribune.com has since removed the article.