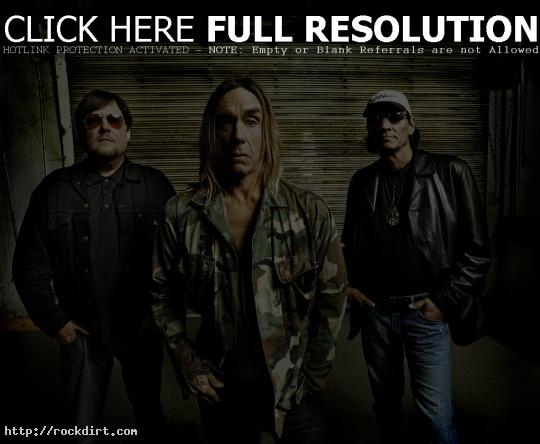 The Sun’s Something For The Weekend caught up with Iggy Pop for a Q&A and asked if he saw The Stooges as an ongoing project. “Yes, the group’s up and running and has been for 3 1/2 solid years,” he said. “Two years ago, I farmed out for one single which is just coming out now. Since then, I’ve not been available. All I do is this. If I’m going to do anything else it would be like an Iggy Pop Christmas record … something utterly weird but just for the hell of it. But for serious music, I’m in the group, they’re in the group, let’s see what happens.” Asked if he ever envisages a return to the Iggy Pop solo career, the veteran singer responded, “The guy you get in the band now is somebody who’s been through a solo march. A different guy. I’ll probably just leave it like that.” The full transcript from thesun.co.uk has since been removed.