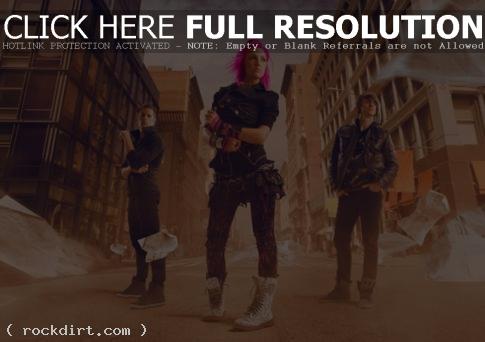 “We started up as being a rock band, which is something that will never change, but we had the chance to put over the top production elements that we never had the budget or skill set to do before,” Sweden-born singer Ariel said. “Throughout the sessions for ‘Scripted’, we found ourselves developing heavy and brutal in your face moments, but also a pop sensibility. There’s a tension really between heavy rock and pop, but never at the expense where it would overshadow the rock side. The pop part is like the sprinkles on top of a cake, but the actual cake is rich, dark and heavy.”

The lead radio single ‘Make A Move’ serves as a call to action to shatter the chains of complacency. As a further extension of that concept, Icon For Hire often shares at their merchandise table information about various social causes as diverse as the clean water crisis in Africa to the global epidemic of human trafficking. “It’s easy to have a passive self-pity party when things aren’t going your way,” Ariel said. “But when you see what people are struggling with in other places, it helps you realize things aren’t so bad in your life.”