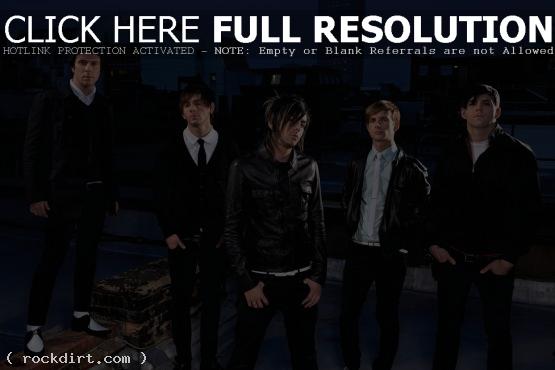 Lostprophets frontman Ian Watkins tells Launch Radio Networks he grew up worshipping Metallica and especially frontman James Hetfield while touring with the group in Europe last month, and he admitted he was a little nervous around his idol. “James would come out to the dressing room and hang out, and sit down and chat, but I was just scared all the time,” he explained. “You know, I just couldn’t get past the fact that he was James Hetfield. And I’m not like that with most people. Most people, it’s like, ‘whatever,’ but this is James Hetfield. And he’s very imposing anyway. I mean, he’s like one of the nicest guys you’ll ever meet, but he’s still James Hetfield, so he’s still scary.”