Hatebreed On Performing At Ozzfest 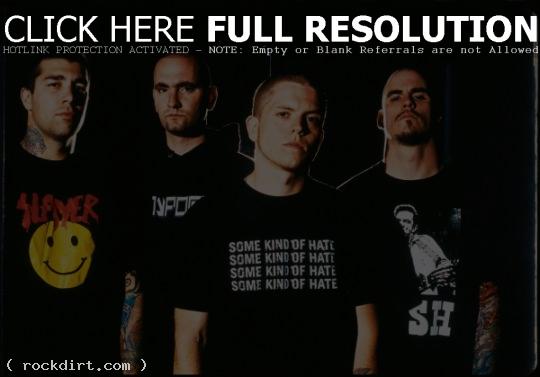 Hatebreed frontman Jamey Jasta recently spoke to Ray Hogan of NorwalkAdvocate.com about the group’s participation in the 11th annual Ozzfest, which rolls into Hartford, CT Sunday. This year marks Hatebreed’s fourth year on the Ozzfest but first on its main stage. “We had doubts not knowing what there was going to be for a pit area. Playing to seats is a new element to us,” Jasta said of appearing on the main stage. “We’re playing to double or triple the amount of people on the other three Ozzfests we’ve done. It’s more people that want to rock out and not be annihilated in the pit. Everybody is having a good time out there. We are really the only extreme band on the main stage.” The article at norwalkadvocate.com has since been removed.