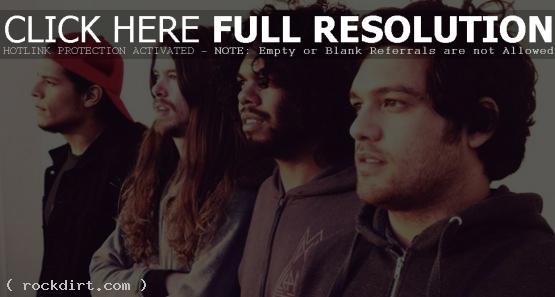 San Jose, California band Happy Body Slow Brain have announced that their 2010 debut ‘Dreams of Water’ will be released on 2xLP vinyl thru intheclouds records on July 21st in a custom water packaging. Each jacket is made of a pvc gatefold jacket that’s filled with blue liquid and sparkles. Inside both covers there is a built-in pocket that holds both 12″ vinyls, cut at 45 RPM.

After being released from Taking Back Sunday (who decided to return to their original line-up), guitarist Matt Fazzi turned his focus to a new full-time project Happy Body Slow Brain. Their plan was simple: create a fresh album more true to their personal influences. The result was their debut ‘Dreams of Water’, produced by Marc J. Hudson (Saves The Day, Two Tongues) at his home studio Rancho Recordo in Fenton, Michigan.