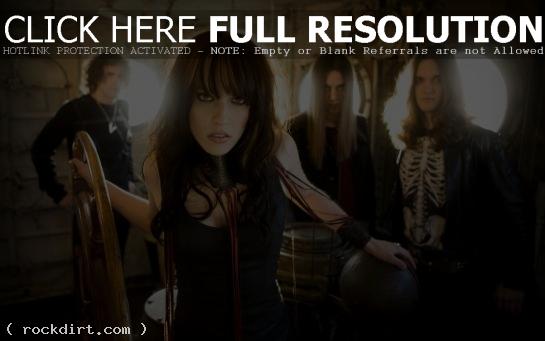 Halestorm has slated an epic touring schedule in support of their chart-topping new album ‘The Strange Case Of…’ The new dates comprise a wide range of shows, including a U.S. headline tour, high profile festival appearances, a European trek, and a series of support slots alongside Avenged Sevenfold. See the lengthy schedule below.

Meanwhile, the Atlantic recording group is currently on a major U.S. tour alongside Godsmack and labelmates Staind. The Mass Chaos 2012 tour continues through a May 16th finale at Manchester, New Hampshire’s Verizon Wireless Arena. For up-to-the-minute details and complete ticket information, visit halestormrocks.com/tour.

May 2, 2012 rockdirt Concert No Comments Halestorm