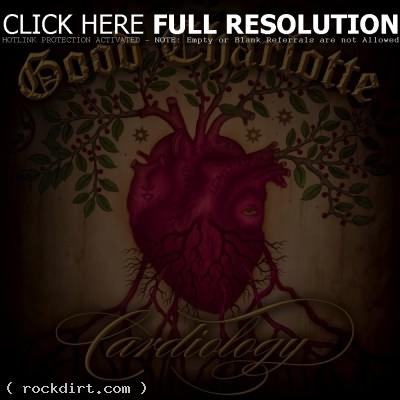 Good Charlotte have unveiled the cover art for their upcoming fifth album ‘Cardiology’. The Maryland band’s latest effort will be released on November 2nd via Capitol Records. The album cover depicts a heart symbolizing the theme of album which frontman Benji Madden explained as songs that are “all connected to the heart.” The first single from the album, ‘Like It’s Her Birthday’, is now available on iTunes.

«Brandon Flowers: Las Vegas Is In My Blood
Hot Hot Heat Perform ‘Get In Or Get Out’»