Gabriel Garcia: Black Tide Has Something To Say On 2nd LP 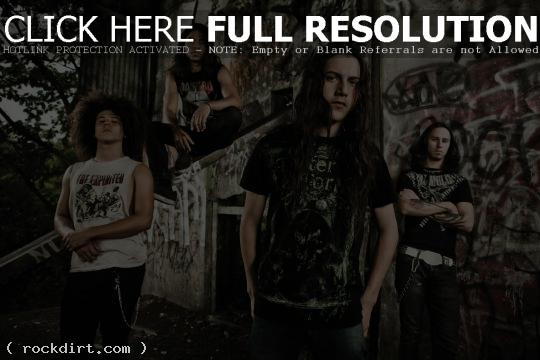 MetalUnderground.com caught up with Black Tide’s Gabriel Garcia in a Q&A, asking the frontman what was the biggest difference between the first album ‘Light from Above’ and their new material. “To me, what I see is that the lyrical content on the new record, these songs actually have something to say,” Garcia explained about their self-titled sophomore release, coming out February 2011. “On our first record I was 13 and I really hadn’t experienced much and I just sang about things that I thought were cool. They didn’t really mean anything to me, but on this record everything is about real stuff. That’s really the biggest difference, and of course my voice has changed. I think I went from 13 when I recorded that record to 17 when we recorded this record. Your voice changes a lot.” Read more.