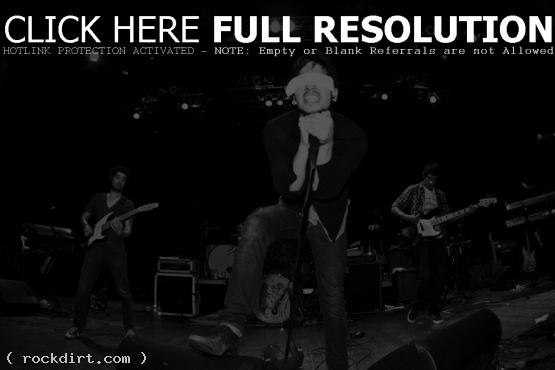 Chad Elliott of Funeral Party spoke with The Huffington Post in a Q&A, where the frontman talked about their debut album ‘The Golden Age of Knowhere’, its first single ‘Finale’, and whether they are enjoying the festival circuit:

Our first real shows outside the backyard party scene were festivals. We had opened for The Faint and Crystal Castles, so we knew slightly what to expect. Our first show outside North America was Fuji Rock in Japan in 2009. That was kind of daunting, because I had never seen so many people jumping in unison to our music. I had to remind myself that it was really happening, and that I wasn’t watching someone else’s DVD or something. That was good training for many festivals to come, so, yeah, we love festivals.