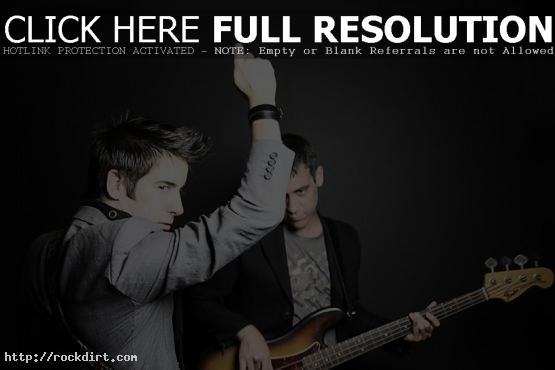 Friend Slash Lover will be contributing the single ‘Where Have I Been All My Life’, off their debut EP ‘As American As Ones and Zeros’, along with new material they are currently writing for inclusion in the soundtrack series to ‘Gates’; a graphic novel written and illustrated by good friend and Friend Slash Lover fan, Hal Hefner.

“Hal and I are on the same page with a lot of the issues he writes about, so including one of our songs on the Gates soundtrack was a perfect fit,” the Los Angeles based band’s frontman Josh Mintz said. “Thematically it works, plus the new recordings are a lot heavier and more energetic. We’re combining a live rock band feel with some pulsing synth production techniques. It has elements that might remind you of AC/DC, Silversun Pickups and a little MGMT all mixed together.”

‘Heavy Metal Presents: Gates’ has worked with artists to create a new soundtrack for the comic, the first from Heavy Metal in over ten years. Readers of the web comic can stream music produced specifically for the comic while on the site.

‘Gates’ is the first online comic franchise from adult sci-fi and fantasy magazine Heavy Metal, written and illustrated by Hal Hefner. The weekly comic deals with totalitarian governments, human-animal hybrids and other horrors of science. The epic story centers on a disillusioned young man named Gates, who breaks free from an industrial colony beneath a mountain. What he finds is a lush paradise teeming with life, engineered by organic technology and ruled by the overlord Soloman – who is determined to exterminate what remains of the human race. For more information on Gates and the Gates soundtrack series, visit gates.heavymetal.com.