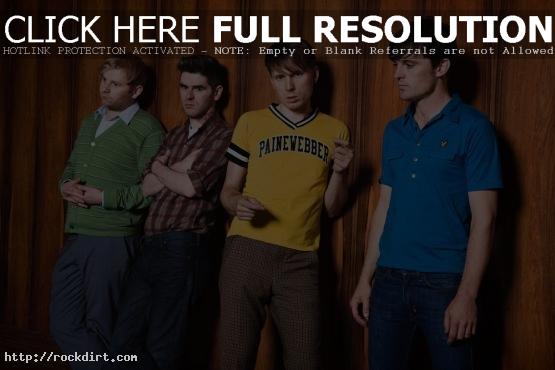 Ahead of the Brit Awards last Wednesday (February 9), Franz Ferdinand spoke with Scotland Today and admitted it still feels strange to be the most talked about band at this year’s awards. Alex Kapranos said: “It’s strange, you can’t really think about it can you.” Nick McCarthy added: “No, not at all, if you say that then it feels great, it’s lovely!” Kapranos then said, “It’s strange because this time last year we played the NME awards and someone there said, oh you know next time you’ll probably be playing The Brits, aye right, says who, it’s nice to be here.”

Scotlandtoday.scottishtv.co.uk has since removed the video and transcript.