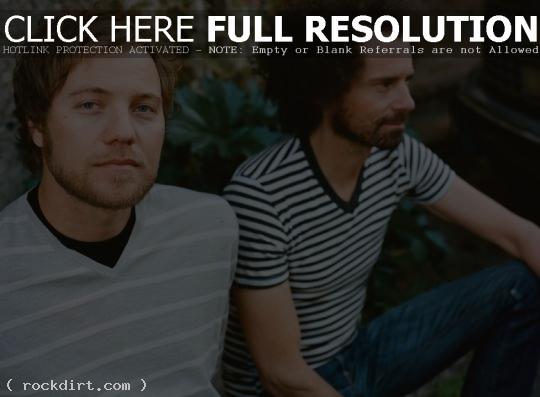 BlackBook magazine spoke with Zach Rogue of Rogue Wave in a Q&A, asking the frontman about his feelings on doing festivals. Zach said:

We’re so unknown that usually we play in the daytime, like the first slot of the festival, so it’s kind of a bummer. It’s like you’re invited to the party but you have to stay on the porch. You end up doing press the entire time you’re there, making you think that it actually matters, but the press is largely never released. You don’t even get to hear any of the music at the festival because you’re talking to people all day who ultimately don’t even care what you have to say. That sounds very cynical, but sometimes it can be fun. I will say the one thing that is fun about doing certain festivals is that we get to actually see our friends that are in bands that we normally wouldn’t get to see and you’re hanging out together, that’s pretty fun. We did Coachella once and it seemed like everywhere I went, I’d run in to someone in some band that was super nice.

Check out the entire interview at blackbookmag.com.