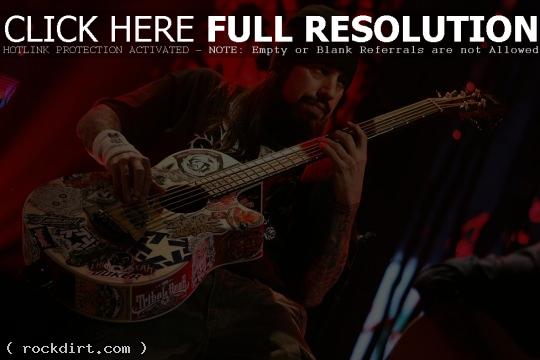 Korn bassist Reginald ‘Fieldy’ Arvizu spoke with Time Off magazine about the transition from drummer David Silveria, who took an indefinite hiatus from the band, to Terry Bozzio. “When we first went into the studio it was a little rough at first because we had no drummer and we were trying to do it with just a click track,” Fieldy recalled. “[But] we knew it’d work out perfect because we know about Joey and he how plays; he came in and it was just like the part of the puzzle that was missing.” The article at timeoff.com.au has since been removed.