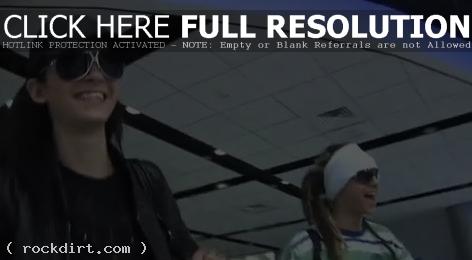 Tokio Hotel TV episode 44 features the German rock band heading off to Mexico City. First stop was an interview with some Mexican press, followed by a signing session, attended by hundreds of screaming women… and a few dozen guys. The next morning the guys took part in a press conference, where Bill Kaulitz talked about the band’s reception. “It touched me so much when I looked the fans in the eyes yesterday,” he said. “It was so emotional and all the fans were so happy… that moves us as a band.” Watch the episode at YouTube.