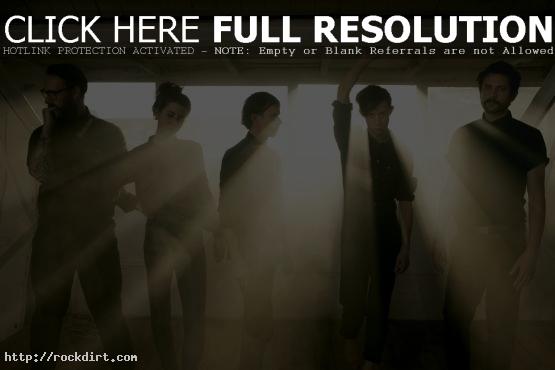 In celebration of their new album ‘Rooms Filled With Light’, UK five-piece Fanfarlo has unveiled details of a major North American tour. The dates get underway March 5th at Boston’s Paradise Rock Club and then continue through mid-April. See the complete itinerary below. The tour will include multiple appearances at Austin, Texas’ annual South by Southwest Music & Media Conference (SXSW).

‘Rooms Filled With Light’ arrives in stores on February 28th via Canvasback Music/Atlantic Records. Pre-orders for the album are available today at fanfarlo.com, with offers including the CD, vinyl, and a limited edition 2-disc box set. The album was produced by Ben Allen and engineered by award-winning producer/engineer David Wrench at North Wales’ Bryn Derwen Recording Studio.