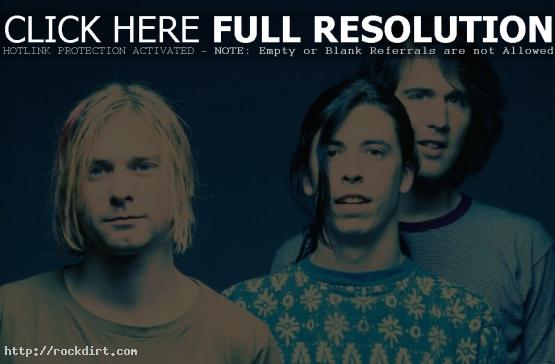 Courtney Love was on Entertainment Tonight Thursday as they played a brief portion of the never before heard track ‘You Know You’re Right’ and spoke of her late husband. For a full transcript of the clip, read on.

That is Nirvana, with the song that put the group on the map. Kurt Cobain became the voice of his generation, with his band selling 23 million albums in the process. The musical silence in 1994 with the death of Cobain, and with the interview with Courtney Love she shares his recording taped just days before his death. It’s the sound that has never before been heard until now.

Courtney: It was written about two weeks before he died, and it was
hard to listen to.

Reporter: This never-before-released track titled “You Know You’re Right” is one of over the hundred recordings that have been locked since Kurt’s death in 1994. Courtney is carefully figuring out a way to release this music without exploiting Kurt’s memory. She tells us that the music industry has never given Kurt or his legacy the respect it deserves.

Courtney: They need to understand, you know, you are dealing with somebody who lost a father and a husband, and that’s Shakespearian, not a joke. My blood runs black when you mess with that, and, you know, this business took — hurt him and hurt him bad.

Reporter: Among those promises, Courtney claims that the label has failed to account for $3 million in back royalties. Today, Love is still making music and is preparing for a new album. Critics, who have heard the tracks call it her best recordings yet. Plus there is reportedly an $18 million record contract on the table, from Interscope’s parent company, Universal Music Group. This is a far cry from when Kurt was alive.

Courtney: We had nothing. We had no good sheets. We had no furniture. We had no housekeeper. We had a pre-fab crappy house. We really didn’t
experience money. You know, it’s nice. Money’s nice.