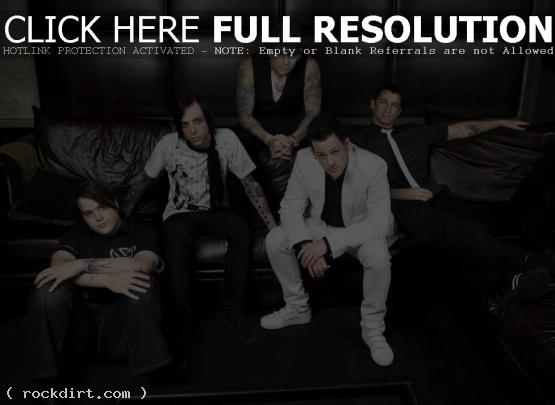 Former Good Charlotte drummer Chris Wilson blasted Benji and Joel Madden on his blog at Myspace on Tuesday (September 26). Wilson, who left the band in May 2005 due to “personal health problems” which he has since admitted was an addiction to heroin, is upset over money and equipment he hasn’t received from the Madden brothers. “So I’ve kept my mouth shut for long enough. It has been roughly a year and a half since my departure from GC, and all I can say is ‘what the fu**?’,” Wilson writes. “What are you guys doing? How many times can I possibly get stabbed in the back? I know I fu**ed up, and I’m sincerely sorry for what I put you through. But why are you guys acting as if everything is ok? Why don’t you start telling the kids about how I never made one cent off of any merch, CD’s, DVD’s, royalties (of songs I played on), publishing (songs I played on) or TV performances (in which I signed contracts stating exactly how much I was supposed to receive). Where did it go? Why do you still blow me off and never return phone calls? Why have I been trying for a year to get my gear back (4 drum sets, wardrobe case, cymbals, etc.) with no assistance from you at all. I’ve been on the road with TSO for almost the past year w/ a bull sh** drum kit that’s falling apart. Come on Benji, I don’t know how many times I’ve asked you, with you responding that you would get right on it. Your not the one who’s even going to do it. Tell your assistant or whoever does everything for you to please help me out. I’m tired of waiting. The world does not revolve around you two. You can’t keep blowing me off.”

He later added, “You are complete contradictions to everything you would try to make fun of. You know what is crazy? I live in a fu**ing van, you live in mansions! Where’s the justification there? I was ‘in your band’ for almost three years. Don’t tell me I’m in the band if you never really meant it. That was your bad. I worked just as hard as all of you and received the exact same pay as our crew. That’s fu**ed up! If I was never more than a crew boy, why didn’t you tell me?”