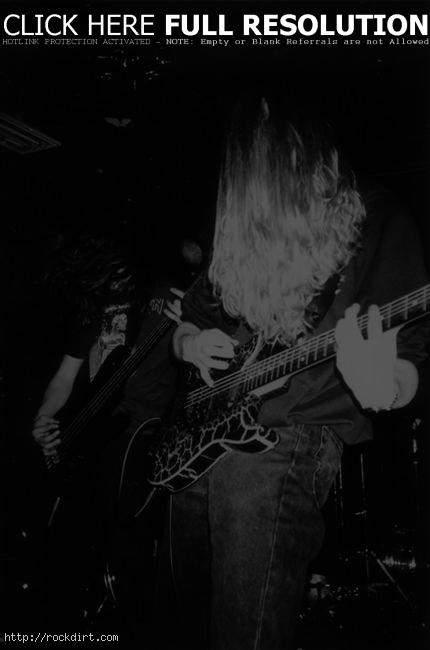 Swedish death metal band Evocation will be digitally releasing a new demo compilation, ‘Evoked From Demonic Depths – The Early Years’, on June 26th in North America, with imports of the CD available exclusively at CM Distro (in addition to a 32-page booklet, the CD version also includes three live bootleg video enhancements). In anticipation of this release, the band has now premiered a track from the compilation, ‘Through The Darkened Peril’, at Decibel Magazine.

Tracks 1 through 4 are taken from ‘The Ancient Gate’ demo, tracks 5 through 9 are from the ‘Promo 1992’ demo, tracks 10 through 13 are previously unreleased rehearsal tracks, the band has also recorded the previously unreleased track ‘Genesis’, which was written in 1992. ‘Genesis’ was recorded at IF Studios by producer Robert Laghi. All tracks were mastered at Fascination Street Studio and the re-mastering of the demo tracks was done using the original master tapes.