Escape The Fate Get Help From Mick Mars On New Album 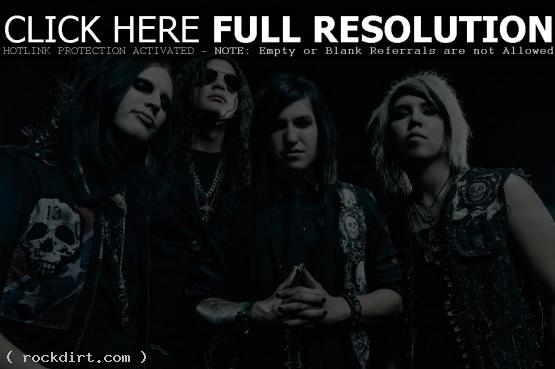 Altsounds caught up with Escape The Fate vocalist Craig Mabbitt for a Q&A, asking about the band getting a hand from Motley Crue guitarist Mick Mars on their new self-titled album, coming out November 2nd on DGC/Interscope. “Oh yeah dude! We got word that Mick might wanna work with us, ‘cos we worked with Josh Todd from Buckcherry on Ten Miles Wide, and we did the Crüe Fest with Motley,” Mabbitt explained. “I guess Motley heard the song and really liked it, and so wanted to work with us. So we met up with Mick and Monte jammed with him for a little bit and came out with a few songs. I think the song they jammed together is on the record, but I’d have to ask Monte about that. It was pretty much all guitar work so I don’t know off the top of my head which track it was, I just do the lyrics. But Mick was a really, really cool guy – very laid back and down-to-earth. Guitar God almost, obviously. It was really awesome to work with him.” The transcript at altsounds.com has since been removed.

«Will Bon Jovi Get In The Rock And Roll Hall Of Fame?
The Creepshow ‘They All Fall Down’ Video»