Enter Shikari Success Not As Easy As It Appears 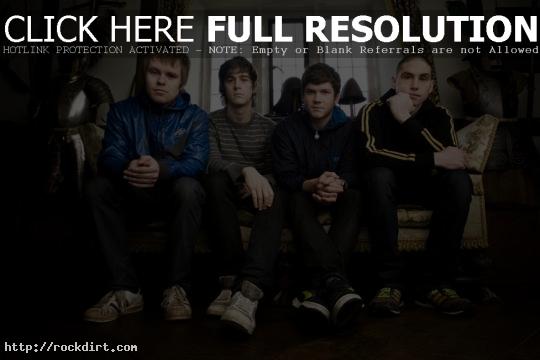 Despite the release of their debut album getting as high as #4 in the UK on their own independent label, Enter Shikari’s path to success wasn’t as easy as it appeared. “There was a lot of hard work behind the scenes in the early days – to some people it would seem that we’d just come out of nowhere and gone through he same manufacturing machine that the major labels use to churn out bands,” bassist Chris Batten tells Time Off magazine. “But the truth is actually quite far from that.”

Part of that hard work was finding their sound. “We started off four or five years ago as an alternative rock band, edging towards a sort of hardcore/punk sound,” Batten said. “We got pretty heavily into that scene, but once we got a bit older we started going into clubs in London. I remember one time we ended up going to a gig to see Poison The Well and Dillinger Escape Plan, and after that we went to Fabric, which is a London nightclub. It was a very mixed-up night for us. After that we just started taking influences from whatever we saw when we where out and building up our electronics.” The article at timeoff.com.au has since been removed.