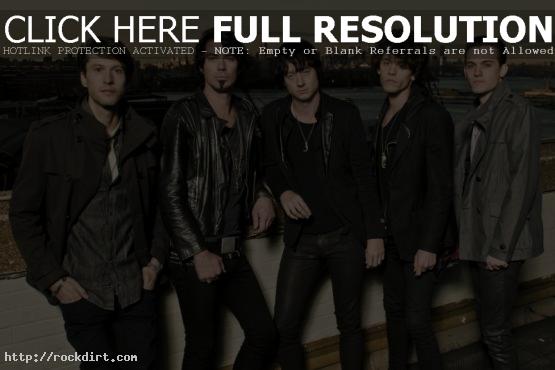 Vocalist Shane Lawlor, who pens Electric Touch’s lyrics, said of the EP, “It’s those bittersweet twists of irony, that’s kind of what all the songs are about. A lot of it is the poetry of the street, those late-night conversation with friends and loved ones outside the club. Keep it together. Don’t give up… We’re not tortured souls in an ivory tower making music for ourselves. We want to spread the joy, make people happy..”

The upcoming tour dates and the digital EP set the scene for the early 2012 release of the Austin, Texas band’s first album on Island Records, details to be confirmed shortly. It follows up their self-titled debut album of 2008, on Texas indie Justice Records.

December 20, 2011 rockdirt Concert No Comments
«Miss May I Hit The Studio In January To Record Third Album
The Early November Sign To Rise Records»