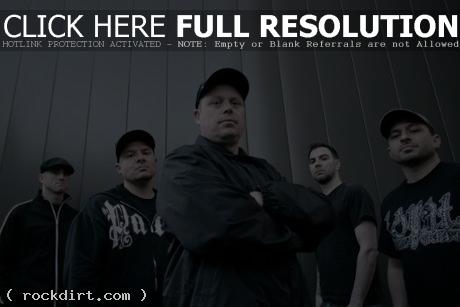 Earth Crisis are out with the music video to their new single ‘Total War’, taken from the Syracuse, New York metalcore band’s sixth album ‘Neutralize The Threat’, out now on Century Media Records. “This time around we wanted to try and document the vibe of the band live, as opposed to try and tell a story through the video.” guitarist Scott Crouse said. “Matt Spencer and crew did a great job of capturing the feel of a small, more intimate, Earth Crisis show.” Watch it via YouTube below.