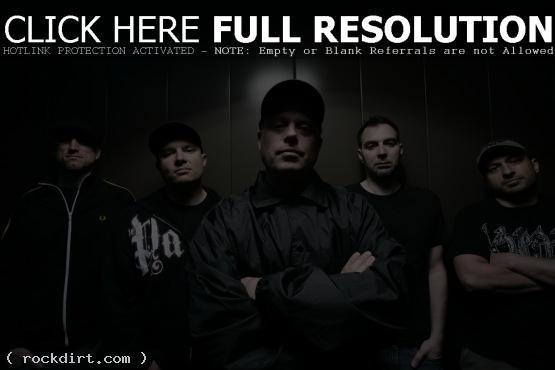 Earth Crisis have released their new album ‘Neutralize The Threat’ via Century Media on Tuesday (July 12). In response to the release, the Syracuse, New York metalcore band remarked:

We are very happy with how ‘Neutralize The Threat’ came out. Musically, it resembles the song structures on ‘To The Death’, but with a ‘Gomorah’s Season Ends’ vibe thrown in. Every song is lyrically inspired by real-life vigilante actions that have taken place around the globe. The topics range from The Black Panther Party to Bernard Goetz and we think it’s an original lyrical concept for the band, while also retaining some subject matter we are known for dealing with in the past. Zeuss is the man and definitely delivered the best sounding record we have ever had! We can’t wait for you guys to hear it!

To preview ‘Neutralize The Threat’ before purchase, fans can listen to the album’s sampler video via Youtube below.