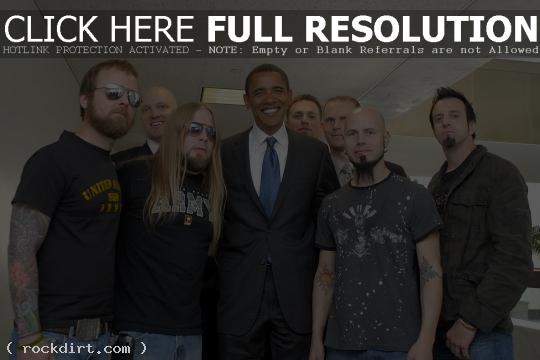 Drowning Pool are unhappy with ‘The O’Reilly Factor’ host Bill O’Reilly’s remarks that he is one of only two “celebrities” to support the troops via the USO. The group said in a press release, “This is simply (and sadly, typically) absolutely false. A number of musical artists, actors and comedians have done troop tours via the USO, including Drowning Pool, who have visited the troops and performed for them on three separate occasions. Additionally, the band have donated a portion of all of their U.S. tour revenues to the USO and to other causes that support the troops.” Watch a video the Texas band released regarding the Fox News Channel host’s diss below the fold.