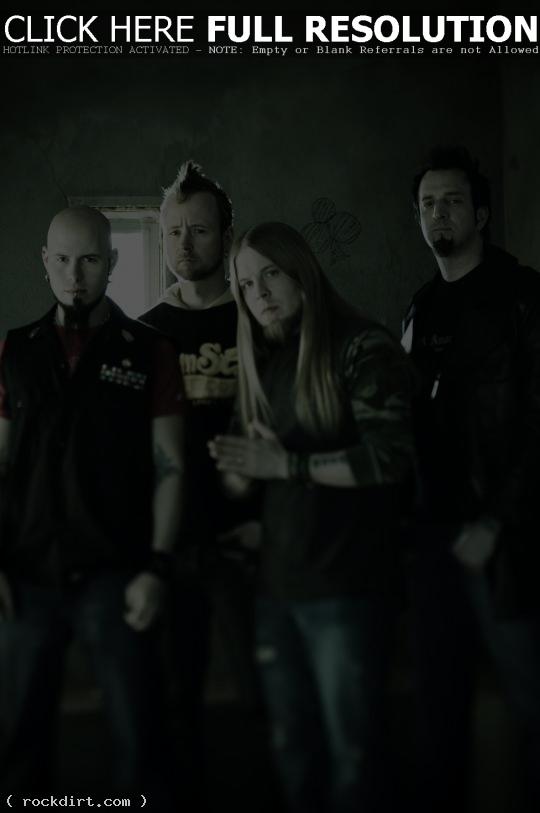 Drowning Pool bassist Stevie Benton spoke with Dallas/Forth Worth’s CBS 11 after the band were victimized by thieves who stole their equipment over the Thanksgiving holiday. The band’s equipment was stored at Universal Rehearsal in North Dallas, and the thieves were caught on tape. “It’s not the way I wanted to kick off my holiday, that’s for sure,” Benton said. “We’re just a struggling rock band on the road making a living. We don’t have $10,000 in the bank to run to the store or guitar center and replace all this stuff.”

A report at cbs11tv.com has since been removed.

Meanwhile, singer Ryan McCombs’ thoughts on the matter probably couldn’t have made it onto the television airwaves. “This Thanksgiving is special though this one started out with a couple fu** nuts breaking into the DP rehearsal spot in Dallas and stealing a bunch of our sh**,” McCombs fumed in a posting on the Dallas band’s MySpace blog. “The day before Thanksgiving. AWESOME!!! I think being a thief is the closest thing to the cowards that key cars. What’s the mentality there??? ‘I DON’T HAVE THAT BUT I WANT IT, FU** IT,… I’LL TAKE YOURS!!’ You know what?? Die you worthless pile of flesh. Get a fu**ing job, save up and buy your own. Like the person did that your stealing from. It’s really damn close to that fu** face that has a problem with you so instead of being a human being about it and facing you strait up they take a rock or key to your vehicle.” The complete message at myspace.com has since been removed.