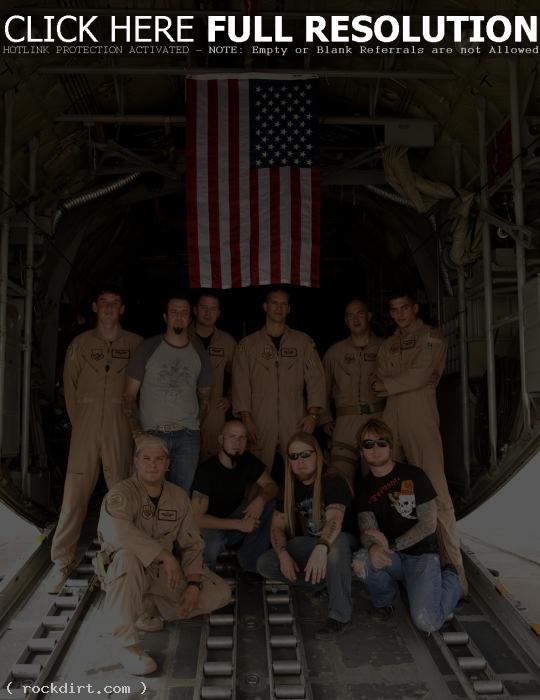 An unspecified member of Drowning Pool checked in with fans on the band’s blog at MySpace on Tuesday (December 4) after claims from Fox News Channel pundit Bill O’Reilly criticized the USO for having few celebrities visit the troops in Afghanistan. The message reads:

I have chewed on this whole Bill O’Reilly blasting the USO subject for some time now trying to decide what aspect of this jack asses empty rants I wanted to shoot holes in first. What I have finally realized is that it’s pointless to even start on this and point out every single sh**head aspect of this self promoting, self [righteous] poster child for birth control.

He blasts the USO. ARE YOU KIDDING ME??? The only reason this sh**head even went over was to promote his new book. If you have the time go to YOUTUBE and search Kieth Olbermann USO Bill O’Reilly and hear the facts please do.

I’m not even going on any more with this. The fact is O’Reilly thinks he is above the truth and you can’t argue with that kind of a person. Here is a group like the USO that for years upon years have given of themselves to do good by others that put themselves in harms way in the name of OUR country and this sh**head decides he can just say what he wants and stack lie upon lie and attack anyone he wishes. So to Billdoe and his mindless sheep of an audience go fu** yourself. You are a true waste of air…

To wrap this up I would like to say one last thing. Your such a true patriot Bill aren’t you? So supportive of our troops aye? That must be why you ignored the “This Is For The Soldiers.org” mission when your people were contacted on the matter. Wait I’m sorry this is about headlines NOW isn’t it. Yea I forgot about the whole NEW BOOK to promote angle. Sad sad man you are.