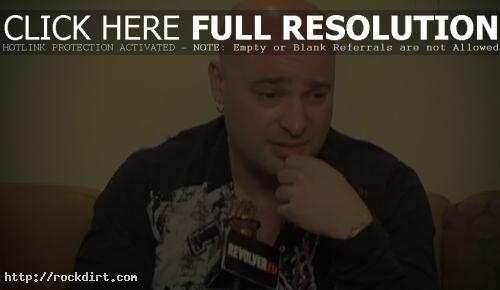 Possum of Revolver caught up with David Draiman and Mike Wengren of Disturbed to get the inside dirt and lyrics behind the new #1 album ‘Asylum’. “There’s songs that talk about religion being a catalyst for war,” David said. “There’s a song called ‘The Warrior’ which is specifically a fight song for fighters. There’s a plethora of different issues on the record. There’s a song that deals with the Nazi Holocaust. There’s a song that deals with the depression that’s left inside of you after your relationship is going sour, being like an infection that eats away at your soul.” Watch the interview via YouTube below.