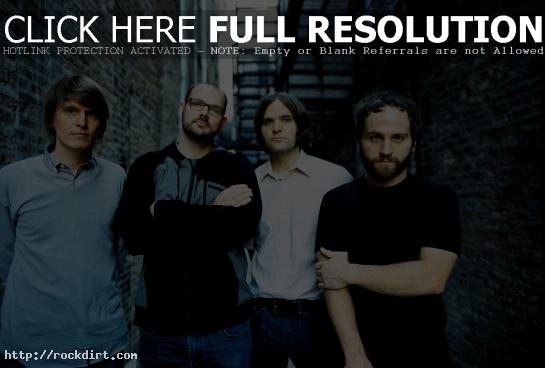 Death Cab for Cutie has announced details of their upcoming summer tour. The North American dates get underway with a pair of Canada Day Weekend shows with The Tragically Hip – slated for June 30th at The Commons in Niagara-on-the-Lake, Ontario and July 1st at Burl’s Creek in Barrie, Ontario – and then continue through late July. See the tour schedule below.

Presale tickets for all headline dates will be available to members of the Atlantic recording group’s official fan club, DCFC Union Local #1138, beginning today. A limited number of premium bundles are on offer, including 1 General Admission ticket with Early Entry, 1 Limited Edition DCFC Event Poster, 1 DCFC Tour T-shirt, and DCFC Union Local #1138 membership (1 year membership or renewal). Check out more information at dcfcunion.com. All remaining tickets will then go on sale to the general public starting this Friday (May 4). For further details and as-yet-unannounced tour information, visit deathcabforcutie.com.

May 2, 2012 rockdirt Concert No Comments Death Cab For Cutie