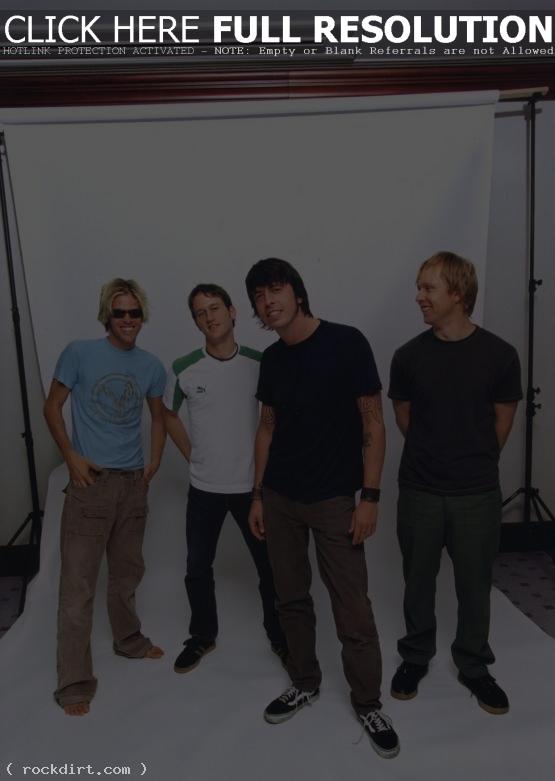 Andy Savage of 107.7 FM in Seattle chatted with Foo Fighters frontman Dave Grohl for about 1/2 hour yesterday. Dave says he’s not good at picking the singles, so he’s not sure what will follow ‘All My Life’. Dave was surprised that a “bunch of suits liked a song that rocks” with the first single on ‘One by One’. Dave admits he’s bad with lyrics so they arrange the songs as instrumentals. Dave says Taylor Hawkins is a much better drummer than him, he says he’s a “total minimalist” and “not a great drummer,” and because they are best friends, there isn’t any troubles between the two.

Dave also talked about the Nirvana greatest hits album and the ‘You Know You’re Right’ single. Dave says the personal relationship with he and Courtney Love is nobody’s business. He says their relationship didn’t get in the way of Nirvana’s music. Dave says it was a lot more to do with legalities than emotion. Dave says he learned a lot in the business, saying the group was naive at first, but he joked now he’s a bitter old man. 1077theend.com has since removed the audio.