Dave Grohl Responds To Critics Of His QOTSA Stint 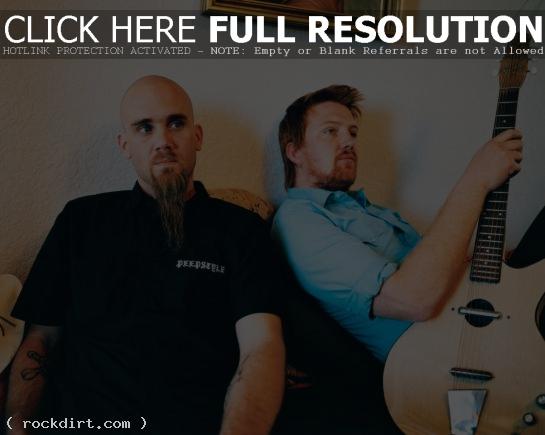 Mikael Wood of the Dallas Observer caught up with Foo Fighters frontman Dave Grohl for his take on the reaction to his touring with the Queens of the Stone Age. “First of all, joining the Queens was a head trip to a lot of people,” he says, “because they’re like, ‘Wait a second. He can’t fu**ing switch instruments! He can’t be in another band! That’s not allowed!’ Like you’re swapping ingredients in recipes or something. It’s fu**ing stupid; musicians are musicians, they’re not cast members in stupid sitcoms. So that’s weird enough, and then going back to the Foo Fighters and making a rock record, it was like, ‘Oh, now this sh**’s rocking. And there’s melody to it? Yeah, that’s Queens of the Stone Age.’ You know what? Go buy the fu**ing first Foo Fighters record, listen to a song like ‘Weenie Beenie’ or listen to a song like ‘Exhausted.’ Whatever. You make a rock record, you make a record that’s acoustic, you make another rock record. I mean, if I went out and fu**ing played drums for Björk and came back and made a bunch of space-dance music, OK. But we’re a rock band, you know?” Dallasobserver.com has since removed the article.