NBC4 reports that at least five people died and two others were wounded after a shooting at a Columbus, Ohio nightclub where Damageplan was performing on Wednesday night, including Damageplan’s Dimebag Darrell, formerly of Pantera, and other reports suggest another band member was killed. The shooting took place shortly after 10 p.m. at Alrosa Villa. 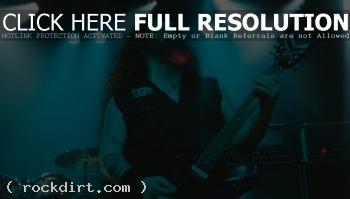