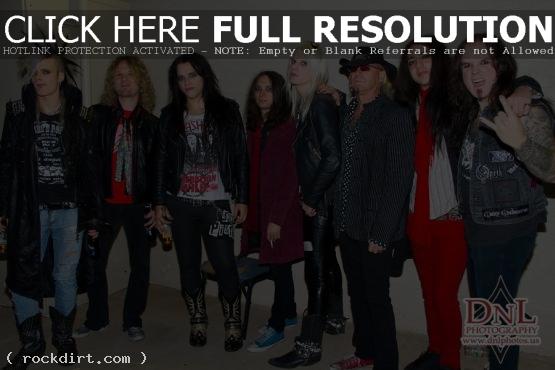 Phoenix based glamsters the Crash Street Kids currently have their new album, ‘Sweet Creatures’ streaming on the AOL Spinner Listening Party program. Available for listening throughout the entire week of Dec 5 (5th – 11th) fans can listen to the album in it’s entirety or select tracks “on demand” to listen to as they wish. Audio at aol.com has since been removed.

“This is a great opportunity for an upcoming band like ours to get noticed a bit,” says drummer, A.D. Adams. “In the era of people downloading music illegally, you might as give them a platform to check your music out for free legally, for a whole week, right?!”

‘Sweet Creatures’ is out though Vanity Music Group in the UK on January 16th and in the US on January 17th.