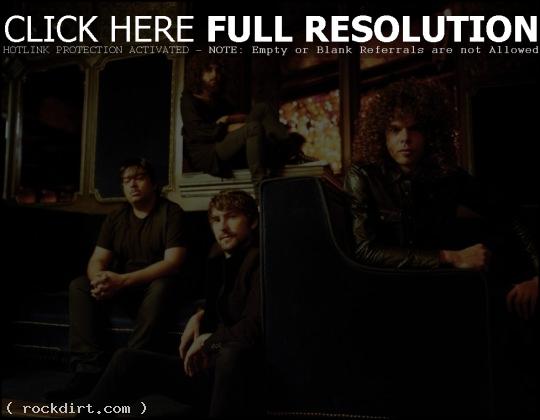 Wolfmother’s Transmissions From The Cosmic Egg Episode 1 features a behind the scenes look at the Australian rock group in Byron Bay, where much of the ‘Cosmic Egg’ record was born and pre-production took place. Viewers see the studio where Wolfmother were laying down some cover songs and Andrew Stockdale talks about the process behind the CD’s creation, his take on the record itself and plans for the forthcoming live onslaught. “Sometimes I kind of thing are these songs good enough? Will people like them? All that kind of stuff,” Andrew says. “But you know, I think these songs suit me. They suit the way I sing and what I can relate to. The world I can relate to.” Watch the clip below the cut.