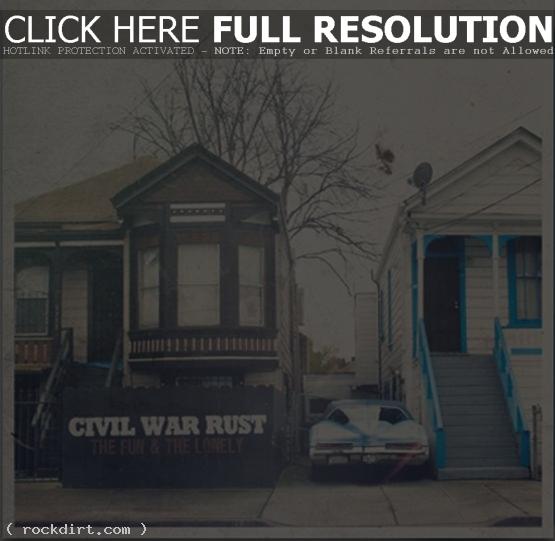 All For Hope Records announced the signing of Civil War Rust. The San Francisco Bay Area band will be releasing their first full-length, ‘The Fun & The Lonely’, via All For Hope Records on March 13th. The album, which is a follow up to their ‘Death To False Hope’ EP (recorded by Ryan of American Steel) was recorded by Willie Samuels at Nu-Tone Studios in Pittsburg, California, with Ken Lee of Ken Lee Mastering handling the mastering duties. The artwork and layout wasdone by the infamous Tyler Gibson at Doom Toof Design.

Below is the official track listing and album cover for ‘The Fun & The Lonely’:
1. Whipping Star
2. Walking Down Ward
3. Mayday
4. Freight Train
5. Balloons & Bouquets
6. Legalized Romance
7. Seven Down
8. You’ve Got A Friend
9. Hymns Of The Canary
10. Diving