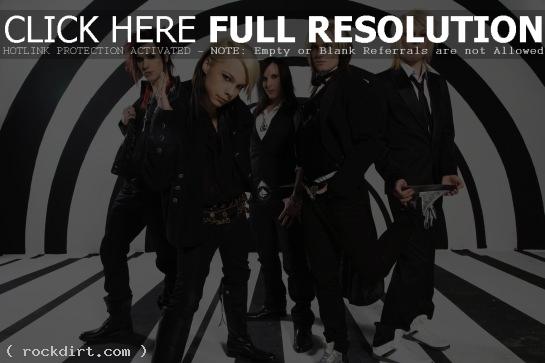 Cinema Bizarre checked in with fans on their YouTube channel, with singer Strify announcing that because the first single off their upcoming album ‘ToyZ’ leaked onto the internet, ‘My Obsession’ won’t be the first release. The German glam rock act will instead release ‘I Came 2 Party’, a collaboration with Lady Gaga’s sidekick Space Cowboy. ‘ToyZ’ will be released mid-August, a week or two after ‘I Came 2 Party’ is out. Watch the message below the cut.