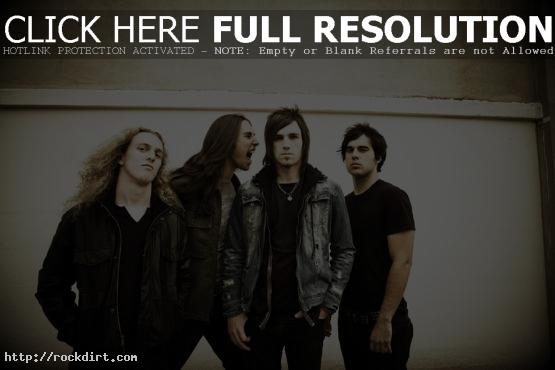 Chris Babbitt of Taking Dawn checked in with fans on the band’s official web site at TakingDawn.com on August 16th, offering his take on the state of music after attending Warped Tour and male singers that look like women, calling out Tokio Hotel singer Bill Kaulitz. Chris writes:

What is this death metal meets Mickey Mouse Club movement sweeping modern-day music? I mean, yeah we all knew Disney was evil, in league with Satan (that Walt was a Venomous motherfu**er). And I GET Hannah Montana melting achy-breaky hearts… I do, and at least it makes sense, I mean I GET that. Why would I begrudge pop music for being pretty and predictable? It’s what makes Justin Beiber a lot closer to the Antichrist than Cannibal Corpse will ever come (blood…if you must). But this sh** is pathetic. I mean, what do I even call it? Glam-Goth post-hardcore melodic death pop? I came across a Warped Tour comment on Facebook where this kid described his band as “post-hardcore pop thrash dance”, but all I heard was “post-op crap flashdance”. And it couldn’t have been more appropriate cuz all the androgyny amassing is slowly turning me gay. I can’t even tell who’s a girl and who’s not. I thought Jefree Star was a chick being “clever” with a dude’s name. Half of these guys are hotter than Hayley from Paramore, and it’s pissing me off when they turn out to have dicks. Sh**, THEY could teach HER a thing or two about make-up (not that I don’t adore Ms. Williams au-naturale appeal…and by “adore”, of course I mean “wanna fu** the sh** out of”). Andrew kept going on to me about the hot-ass singer from Tokio Hotel only to scroll down the web page and find her name was BILL! It’s not that I can’t keep up with the sub-genre telephone tranny name game, it’s that there’s no point cuz these miserable misguided miscreants aren’t even bothering to make sense anymore…but, as often, I digress.