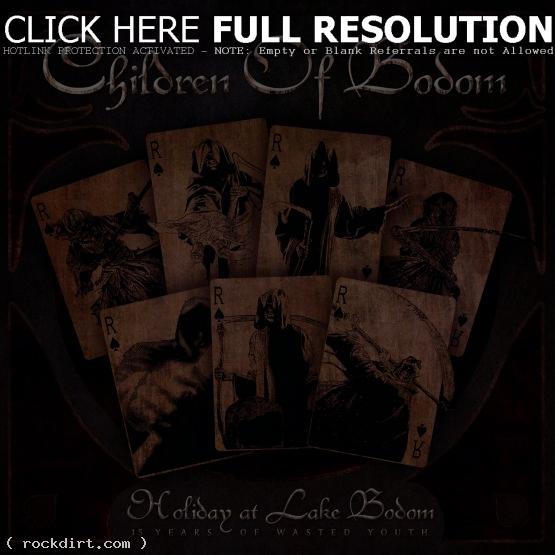 Finnish metal band Children of Bodom recently celebrated their 15th year using the band name with a tour featuring Eluveitie and Revocation. Now, the band is marking the anniversary with the release of ‘Holiday at Lake Bodom (15 Years of Wasted Youth)’, a CD/DVD retrospective of the band’s career. The package is set for a May 21st release on Spinefarm Records / Universal Music.

‘Holiday at Lake Bodom’ features songs from all seven of their albums, covers of ‘I’m Shipping Up To Boston’ by Dropkick Murphys and the Rick Springfield hit ‘Jessie’s Girl’, footage of the band touring around the world, and a never before seen music video for ‘Shovel Knockout’.

“’15 Years of Wasted Youth’ is the sound of Children of Bodom working hard, partying hard, being relentless and stubborn,” says frontman Alexi Laiho. “We went through many brick walls to get forward and after seven studio albums, two live albums, non stop touring, bleeding and breaking a lot of bones, I thought we were justified to put out this album. Let the music speak for itself. You have been warned.”