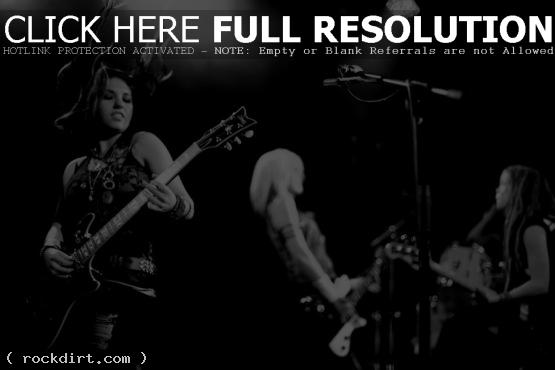 All girl, teenage rock band Cherri Bomb have just unveiled the first entry of an intimate video diary, focusing on lead singer Julia Pierce and the band’s recent performances on the Soundwave festival. In the diary, Julia tells the story of meeting A Day To Remember’s frontman Jeremy McKinnon, whom she sites as a major musical influence. “I told him how much of an inspiration he was to me, and I thanked him for making music,” she said. “It was a really awesome moment.”

Cherri Bomb is set to release their debut album ‘This Is The End of Control’ on May 15th via Hollywood Records.