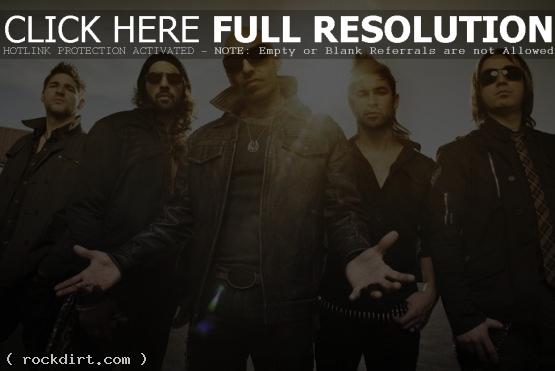 Century Media Records announced the signing of Las Vegas rock group Otherwise. The band earned recognition on the national level when Fox News dubbed them the “#1 Unsigned Act in America”. Their song ‘Soldiers’ became the first track by an unsigned artist to occupy the No. 1 spot on Sirius Radio’s Octane channel (where it currently maintains the peak position) and has sold more than 10,000 singles on iTunes in the past month alone.

“We’re so stoked to have signed with Century Media,” says vocalist Adrian Patrick. “We have a very unique history with the label, so it feels like a natural fit for us. They were the first company to present us with a huge opportunity back in 2010, so it’s extremely synchronistic for us to be given the chance to make a mark with our own music now, on this label. It’s been a long, dark road to get to this point… it feels damn good to finally start seeing the light.”

Otherwise – brothers Adrian (vocals) and Ryan (guitars/vocals) Patrick, Flavio Ivan (bass/vocals), Corky Gainsford (drums/vocals) and Vassilios Metropoulos (guitar/vocals) – are currently recording their debut album with Jay Baumgardner at NRG Studios in Los Angeles, CA. “I’m psyched to be working with a stellar band like Otherwise,” said Baumgardner. “I’m very excited by what we can accomplish together and I think the album will speak for itself.” The album is set for a spring 2012 release and will be introduced by lead single ‘Soldiers’, which will be shipped to terrestrial radio for adds this week.

“I’ve had my eyes on Otherwise since Adrian sang ‘The Promise’ on the last In This Moment record, and I’ve watched the band develop from a very good band into an amazing band,” says Century Media President Don Robertson. “In that time they’ve not only become a part of the Century Media family, they’ve also become a huge part of our plans for the future. As proud as we are of the success they’ve already achieved, ‘Soldiers’ is just the beginning for Otherwise, and Century Media couldn’t be more excited to have them call our label home.”