Top searches for Evanescence during the month of December on Yahoo!’s pay-per-search engine Overture.com are in, with the band receiving an impressive 618,269 searches for ‘Evanescence’. The band’s most popular member by far is Amy Lee with 43,445 searches, with John LeCompt miles behind with 304 searches. The most searched for song was ‘Lithium’. The most common misspelling was ‘Evanesence’.

Top Flyleaf searches for the month of August are in at Yahoo’s pay-per-search engine Overture.com, with the band receiving an impressive 485,939 searches for “Flyleaf” for the month. The most searched for song was ‘Fully Alive’, while pint-sized singer Lacey Mosley was by far the most searched for band member. The most common misspelling was “Fly Leaf”. 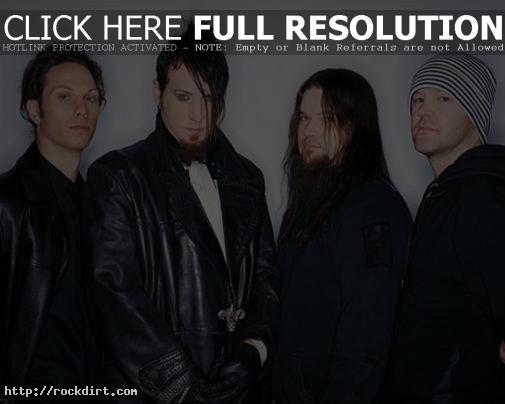 Searches in the month of November for Mudvayne were impressive
for a rock group, with the band receiving 249,228 searches for the month.
Their most searched for song were ‘Happy, ‘Dig’, and ‘Not Falling’. No
surprise that the rock band’s vocalist Chad Gray was the most searched for member. The most common misspelling was Mudvane.

Lycos 50 has their annual look at the top tablature searches on the search engine. Topping the list was Metallica, who were #2 last year to Nirvana. Third spot was taken by Dave Matthews Band, while Radiohead took the #4 slot.

Since the end of November, Evanescence has gone from exactly zero searches to a ranking of roughly #80, just below the Lycos 50. Right now Evanescence is blowing the critical darlings of 2002 away. They are about twice as popular online compared to The Strokes at their peak, and four times as popular as The Vines or The White Stripes at their peaks. Meanwhile, All American Rejects have racked up more searches last week than Limp Bizkit, and A.F.I. have reached an online popularity of Snoop Dogg.

The complete story at 50.lycos.com has since been removed.

Searches for Goo Goo Dolls during the month of November on pay-per search engine Overture.com were quite strong. The veteran act received 75,973 searches for the month, while their most popular tune remained ‘Iris’, and their most popular member was by far frontman Johnny Rzeznik, even with the tough to spell name.

Lycos 50 reports Linkin Park reigns as the most popular band online according to searches by Lycos users. Boy bands took a major hit in search traffic, as *NSYNC dropped from the top spot all the way to #12, with seraches dropping 62%. The Backstreet Boys plummeted from #3 to #18. Slipknot jumped to #2, Incubus inched up to #5, Blink 182 held steady at #6, Nirvana jumped big to #7.

Today’s Lycos 50 focused on the bands getting the most searches for guitar tablatures over the past year, with Nirvana leading the pack. Aaron Schatz told readers, “Nirvana is far and away #1 over the past month. You can probably blame their new greatest hits album for inspiring a whole new generation of guitarists to learn to play Nirvana tunes.” Next up was last year’s #1, Metallica followed by Incubus.

Searches for the White Stripes were pretty strong last month on pay-per search engine Overture.com. The White Stripes received 56,956 searches for September, with lyrics and tabs dominating the top searches. A rare event has Jack White getting more searches than the girl in the duo, Meg White.