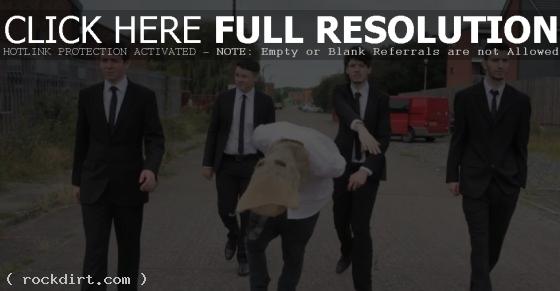 Lower Lands are out with the music video to their new single ‘Socialise With Closed Eyes’, off the Leeds, England alternative rock group’s ‘Growing Pains’ EP, out now on I Am Mighty Records.

“This song is a letter to a Someone who stopped being a friend because they let things in life get on top of them and they stopped listening to others around them and started just pitying themselves,” band members Benji Inkley, Paul Howells, Jacob Jarvis and Sam Girling said. “It’s sort of a last resort wake up call from us to them. It’s also sort of a good guide to ‘how to be a bad friend’ by Lower Lands! Do all these things, and people will 100% guaranteed think you’re not a fun person to hang out with.”

As for the track’s video, they stated, “The video is kind of our take on the whole reservoir dogs thing. It’s like ‘what if we took this open letter to this person, but then kidnapped them and read it directly to them?’ We wanted to keep it light though to match the vibe of the song so we brought in the humor element with some ridiculous torture methods going on and they seemed to really work because by the end of the video our boy’s nothing if not compliant! Filming in suits, although it looks badass, was a pain. We had to do loads of running and LOADS of performance takes with the hot sun beating down on our adonis-like figures. So things got a little bit sweaty out on the locations, but we had bottles of water at the ready etc. We shot the video with Oh My Dog! films and it was an absolute pleasure. The guys were all really professional, had loads to input in the video and even brought us some lovely food to keep us going throughout the pretty much half marathon we ran to get that 10 seconds of a chase scene! We put so much thought and effort into this video and really wanted to step things up in terms of production value, storyline and the song in general so we really hope you enjoy it. Peace!”

Watch it after the cut. END_OF_DOCUMENT_TOKEN_TO_BE_REPLACED

The performance and interview at see.walmart.com has since been removed. Check out additional pictures from their appearance after the cut. END_OF_DOCUMENT_TOKEN_TO_BE_REPLACED

No Doubt ‘Settle Down’ Video 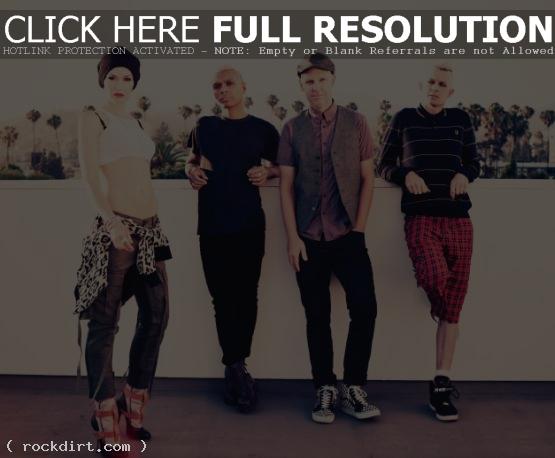 No Doubt have released the music video to their new single ‘Settle Down’. The song is taken from the Anaheim, California rock band’s sixth studio album ‘Push and Shove’, out September 25th on Interscope Records. ‘Push and Shove’ is the first album from the group since 2001’s ‘Rock Steady’.

“I think Tony came up with the idea that we should do something with trucks,” the video’s director Sophie Muller tells RollingStone.com, referring to the band’s bassist Tony Kanal. “The idea is they are all driving to meet after having had their separate lives over the last 10 years.”

Muller also praised the effort of singer Gwen Stefani in the process of creating the video. “You could feel her absolute love for making videos and her total commitment to every single scene that she does,” Muller said. “It’s just lovely.”

The new EP from Boy Set Sail has been finished. ‘Roads’, the bands second record, was recorded earlier in the year when the boys spent a week at The Ranch Production house just outside of Southampton (UK). Boy Set Sail will be giving be giving away this brand new three track record for free if you join the I Am Mighty Records mailing list. Check out more details at iammightyrecords.co.uk.

“It sounds super spicy. If you like our first EP you’re gonna love this one,” Gareth said. Chris added, “We spent a long time writing these songs. I really think we stepped it up from the last EP, so we’re really excited for everyone to hear them. The production is starting to sound really good and we’re using some old vintage amps that sounded sweet, so look forward to it.”
END_OF_DOCUMENT_TOKEN_TO_BE_REPLACED 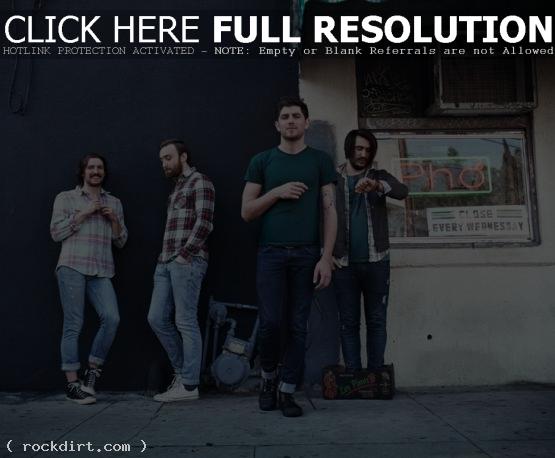 Twin Atlantic are following up the release of their ‘Yes, I Was Drunk’ music video with the news that they will be joining The Used on their upcoming fall tour. The Scottish rock band, featuring frontman Sam McTrusty, guitarist Barry McKenna, bassist Ross McNae and drummer Craig Kneale, will accompany the Warped Tour headliners across the US from Pomona, California to Boise, Idaho, joined by Stars in Stereo. Check out the tour dates, and the music video, below.

The band’s latest single, ‘Yes, I Was Drunk’, comes from their sophomore album ‘Free’, which is available now on iTunes. Twin are currently performing on the Vans Warped Tour and are giving away a ‘Freemixes’ download every Tuesday during the tour. 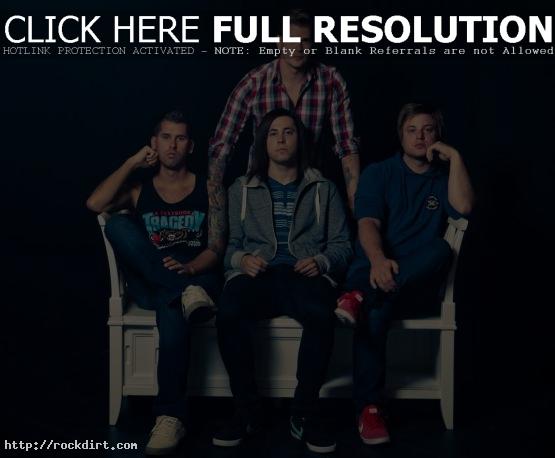 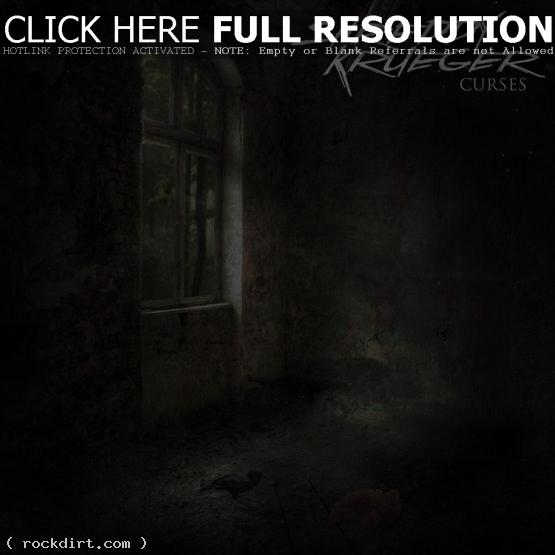 No Doubt ‘Settle Down’ Artwork & Music Video Behind The Scenes 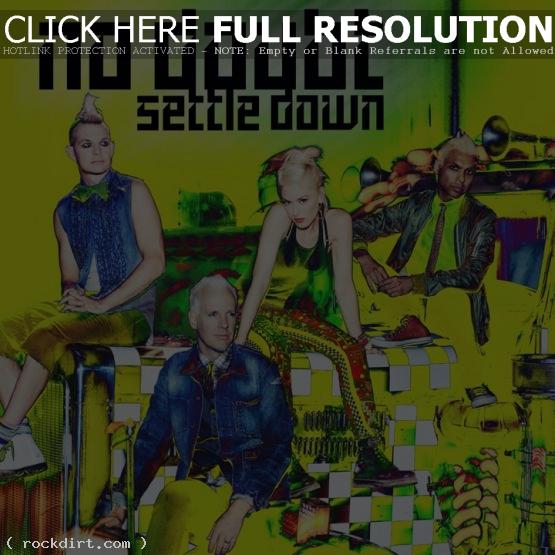 No Doubt revealed the artwork for ‘Settle Down’, the debut single off the Grammy Award-winning rock group’s new album ‘Push and Shove’. The LP is the Anaheim, California band’s first since their 2001 album ‘Rock Steady’ and gets a release via Interscope Records on September 25th.

‘Settle Down’ will be released July 16th, with the video premiering the same day. No Doubt shot the video for ‘Settle Down’ in Los Angeles with their longtime friend and collaborator Sophie Muller, who has directed several of the band’s prior videos.

No Doubt members Gwen Stefani, Tony Kanal, Adrian Young and Tom Dumont stated: “It all feels so real now. Deciding on the album title and filming the video were big moments for us. We can’t wait to share the songs with everyone.”

‘Push and Shove’ was recorded at Mix Suite LA with producer Mark “Spike” Stent. Also featured on the album is a collaboration with Major Lazer on the title track.

Check out behind the scenes footage during No Doubt’s first day of filming the ‘Settle Down’ music video via YouTube below. 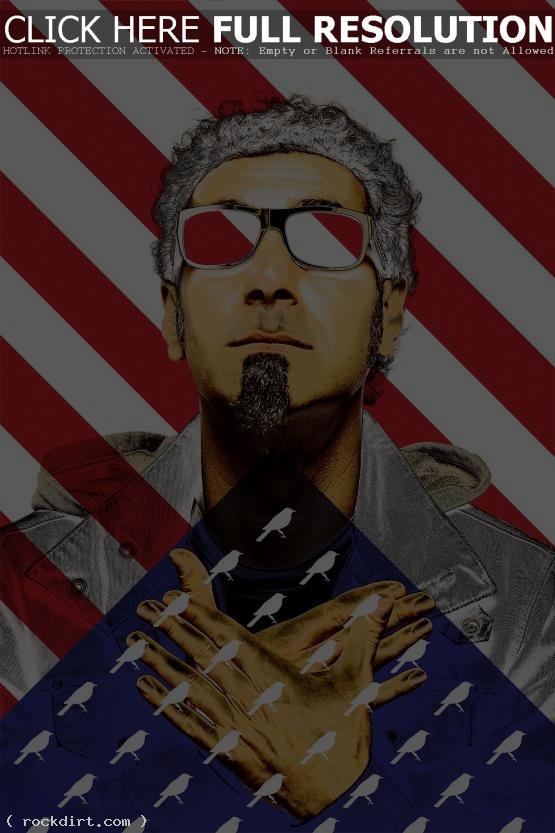 System Of A Down frontman Serj Tankian released his new studio album ‘Harakiri’ on Tuesday (July 10), his third solo album to date. In conjunction with the album’s release, Serj premiered the video for the title track ‘Harakiri’.

“‘Harakiri’, an infectious celebration of our collective unconscious suicide” explains Serj on the meaning behind his new album. “The message here is as important as the music as seen on the video for the title track – hear it, see it, post it, share it, love it, hate it, own it. We raped the earth yet don’t know why it strikes. Children outcry grandfather sky.”

Serj will be teaming up with System of a Down soon for a handful of dates in August. The 44-year-old is also confirmed to be part of Slipknot’s Knotfest August 16th and 17th. 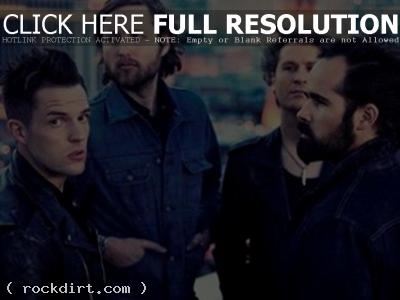 The Killers will be releasing their fourth studio album ‘Battle Born’ on September 18th worldwide via Island Records. The project is the follow-up to the Las Vegas rock band’s 2008 album Day & Age. The album’s first single ‘Runaways’ can be heard via YouTube below.

‘Battle Born’ is named after the words emblazoned on the Nevada state flag and is also the name of the band’s recording studio. The Killers will be playing select dates in support of Battle Born throughout 2012. 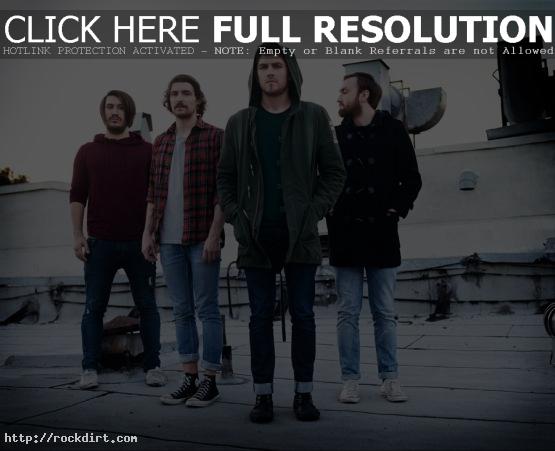 Twin Atlantic have released the official video for ‘Yes, I Was Drunk’, the latest single from the Scottish rock band’s sophomore album ‘Free’, out now on Red Bull Records. The band are currently supporting the record on Warped Tour, and have teamed up with Alternative Press to give 5 lucky fans a private performance at each stop.