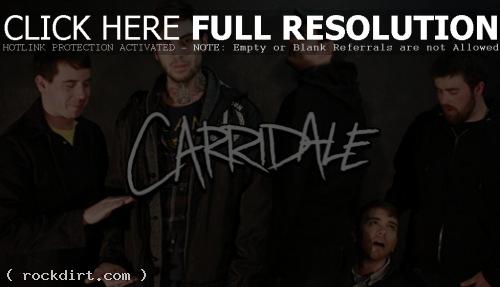 Panic Records announced that Carridale has agreed to become a part of the record label. The Decatur, Alabama band began in 2005 and have multiple releases and countless tours under their belt.

The band started as an acoustic project in the apartment of vocalist, Nathan Edwards. After 3 years of songwriting and casual acoustic shows, Nathan resolved to turn the acoustic project into a serious band. Adopting one of Nathan’s songs as the bands name (which was derived from the street name where the apartment complex that birthed the acoustic project was located on), The Carridale Street Apartment was a fun, drama-free place where the majority of the North Alabama scene would come and leave their problems at the door and just have a good time.

Carridale has returned to the United States after a UK tour and will be releasing their newest effort ‘The Wandering’ on Panic Records via limited vinyl 7″ on July 10th. ‘The Wandering’ consists of 3 songs and can be streamed via the Carridale Bandcamp page below.

May 25, 2012 rockdirt Multimedia No Comments
«My Darkest Days ‘Sick And Twisted Affair’ Video
Matt Skiba And The Sekrets ‘Voices’ Video»