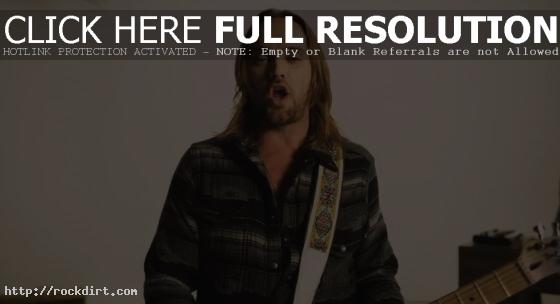 Carolina Liar are out with the music video to their new single ‘Drown’, the lead release off the alternative rock band’s second studio album ‘Wild Blessed Freedom’, out September 27th on Atlantic Records. The disc was recorded with producers Max Martin (Katy Perry, Avril Lavigne, Pink), Shellback (Usher, Ke$ha) and Tobias Karlsson at Maratone Studios in Stockholm and Thunderhoney Studios in Los Angeles.

About the album, vocalist/guitarist Chad Wolf says, “”It sounds bigger, and it feels bigger. I wouldn’t say that this is a concept album, but there’s a sense of freedom that runs through this group of songs: the idea of having the faith to let yourself go and do something crazy.”

Watch the ‘Drown’ video via Vevo below.