Brand New Are Alive And Well… And Recording 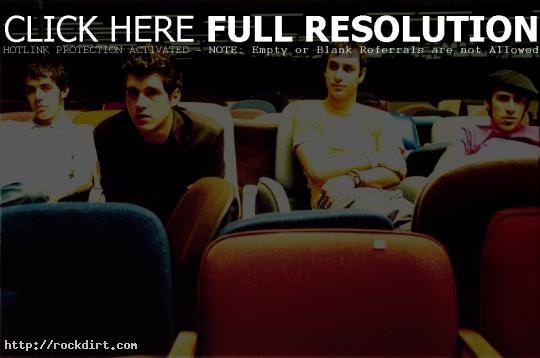 Brand New checked in with fans on their blog at MySpace on Monday (December 22), offering an update on what they’ve been up to. The Long Island rock group tell readers:

We have all been in the studio on and off since about March. The convenience of recording around the corner has been great, but sometimes a little too comfortable setting.

During 2008, we have rounded up some some pre-pro, some real-pro,and some semi-pro material. There are about 15 songs for us to play around with and it seems as though things are winding down and in the final stages.

We cannot exactly tell you when this record will be done, but we can tell you that the new year will bring a bit more excitement from our side of things. We are fully aware of how long we were gone last time, and are not planning on staying home much longer.

Perhaps when it gets a bit warmer out… we will begin to introduce a new website that will bring you endless amounts of entertaining information. We have also talked about playing some new music together. Outside of the dungeon. Which means maybe… YOU will be able to listen to some of our new music also. maybe.

Until then, we wanted to let everyone know that we are alive and well. Still writing, recording, and frustrated with the lack of blood in Mortal Kombat vs. DC.

The entire post at MySpace has since been removed.